Learn Serbian over Skype with ASA 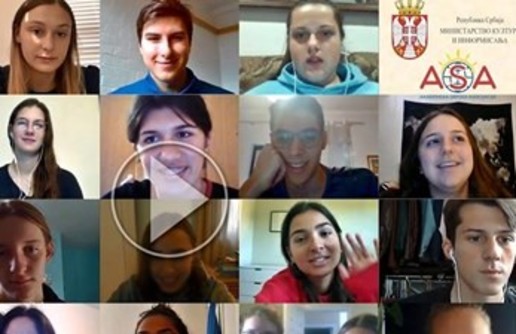 Academic Serbian Association (ASA) is the sole school accredited by Serbian Ministry of Education, Science and Technology Develoment for learning Serbian as a second language over Skype. They are also supported by the Ministry of Foreign Affairs.

On July 2020, they have received the blessings of the Synod of Serbian Orthodox Church for their work.

At this moment, their program has been completed by more than 250 satisfied candidates from all over the world. The lecturers of ASA are graduated and master phylologists with extensive experience of working with children and adults across the world. Professors Marina Janjic and Jelisaveta Todorovic from Faculty of Philosophy in Nis, the publishers of Serbian language study books, have been the members of their team for past six years.

ASA lecturers speak, apart from English and Serbian, at least two additional languages, This is important when communicating with students who do not speak Serbian nor English at all. These other languages spoken by our lecturers include German, Spanish, French, Italian, Russian, Bulgarian and Macedonian.

ASA certificates are recognised across the world.

ASA also conducts the Serbian language testing and issues certificates of the level achieved. ASA certificates are accepted for university study in Serbia, job interviews and many other purposes.

ASA offers first Skype lesson free to showcase its methodology. Please refer to their website and e-mail for more information: